As Zack’s leaves LoSo, some businesses lament changes in the Charlotte neighborhood

When Lauren Stennie started to work at Sugar Creek Brewing Company four years ago, Lower South End was not yet “LoSo,” with its burst of apartment buildings, high-end breweries and customer services businesses.

Zack’s Hamburgers, which announced its closing Monday after 46 years, was still one of the long-term staples in the area at the time. Its demise signals the latest shift in a still rapidly developing part of Charlotte, drawing mixed emotions from nearby business people.

Zack’s is on South Boulevard near the light rail Blue Line’s Scaleybark Station. In recent years, young professionals started to move into the area for work and living. New breweries followed, Stennie said, attracting a great number of customers as COVID-19 restrictions start to loosen up.

He called it unfortunate that the popular restaurant was closing. But Gallo said its locale and land value make it “a hot attraction for the development of mixed-use living environments needed to support Charlotte’s continued population growth, especially along the light rail.”

The iconic NoDa brewery Protagonist Beer Co. just expanded to the intersection of Yancey and Southside roads last year, becoming the latest addition to breweries along the road. Across the street, the 18,000-square-foot social club Queen Park Social opened in late 2017.

Along South Boulevard, a number of restaurants and customer-facing businesses started to show up. Before the pandemic, the bubble tea chain Kung Fu Tea opened a location on the street.

Next to it is Kabab 2 go, a family-owned restaurant serving Middle Eastern cuisine that opened two months ago. Espresso bar and bakery Mocco Bistro opened in 2015 specializing in European pastries and coffee.  Both are located on South Boulevard at the intersection of Old Pineville Road.

Gallo said that the expanding business scene in LoSo was reflective of the fast growth during the past three to five years.

His firm sits at Center Crosland on the other side of the Scaleyback Station from Zack’s, a mixed-use complex developed by MPV properties. Over the years, RAD worked on site plans for the redevelopment of Crosland Center and was part of a team proposing a hotel adjacent to Scaleybark Station.

The plan was delayed due to COVID-19, the Observer previously reported.

“While none of these plans have come to fruition, it is indicative of the increased value the light rail has brought to the area,” Gallo said.

While Stennie welcomed some of the changes, she said, “it’s sad to see that staples in the area are gone.” She said that long-time restaurants in the neighborhood like Zack’s carry special meaning.

The 46-year restaurant has been in Lower South End long before the area became known as an entertainment hub. Andrew Wilen, the owner of Chef Alyssa’s Kitchen, said that Zack’s is what local Charlotte residents call Charlotte.

“With all the people that are coming to Charlotte, which is wonderful, we still want to be able to share, as a city, some of these great staples that everyone thinks of when they think of history and food,” Wilen said.

There will be a little less originality in local spaces with Zack’s closing, Wilen added.

“These places that have been around for so long so it makes me sad to see them go. We’re losing the old, great character.” 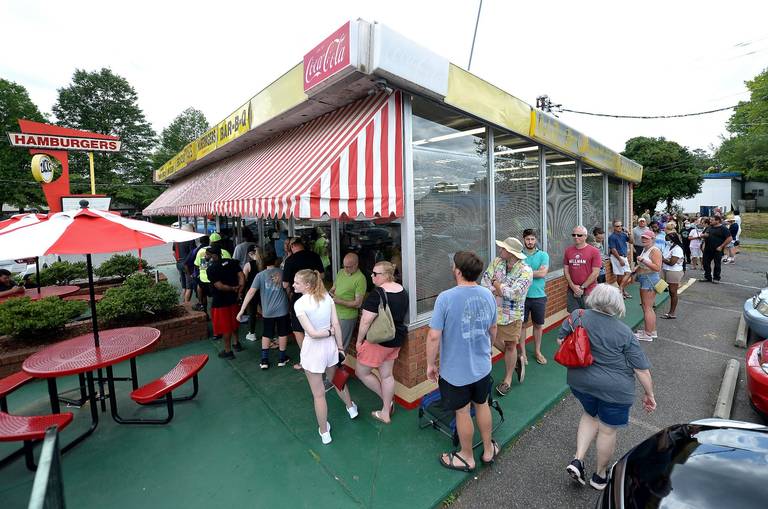