The business has continued to expand in recent years with more locations to make it easier for patients to get the care they need closer to home. 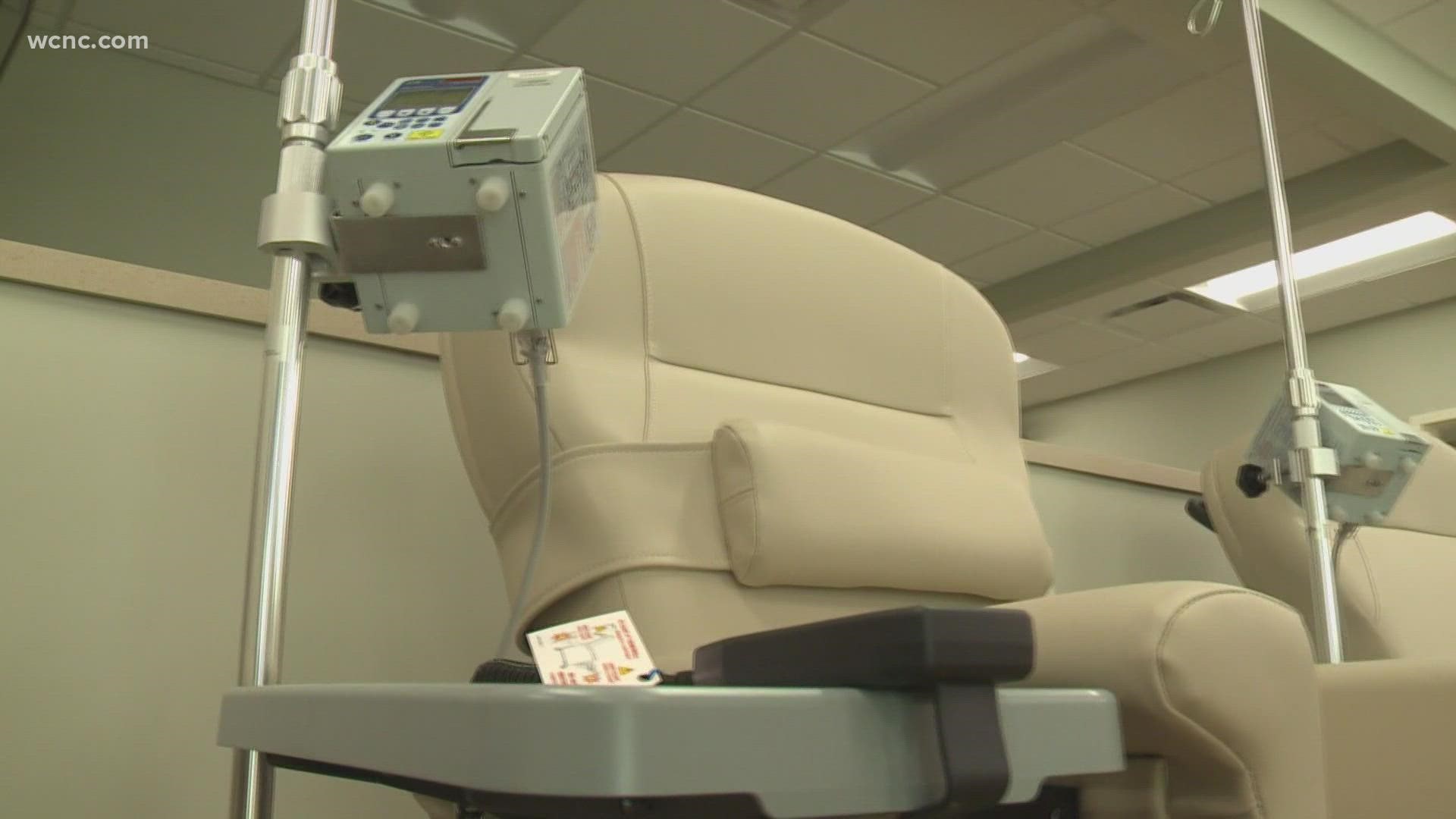 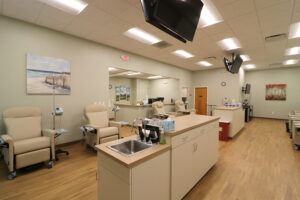 CONCORD, N.C. — A new center to help people with acute and chronic illnesses is opening in the Charlotte area. Palmetto Infusion’s newest location is in Concord, providing patients with a safe and convenient place to receive infusion treatments. “We have patients that are traveling long distances to get their infusions that they need once a month or even more frequent than that sometimes,” Matt Angell, chief operating officer for Palmetto Infusion, said. The business has continued to expand in recent years with more locations to make it easier for patients to get the care they need closer to home.

“Palmetto Infusion’s goal is to make the experience comfortable, cost-effective, convenient,” Angell said Sherri McCloskey, who was diagnosed with Pompe disease, is a patient with Palmetto Infusion.

According to the National Library of Medicine, “Pompe disease is an inherited disorder caused by the buildup of a complex sugar called glycogen in the body’s cells. The accumulation of glycogen in certain organs and tissues, especially muscles, impairs their ability to function normally.”

McCloskey said she has to receive infusions every two weeks to treat her condition. Before Palmetto Infusion opened locations in the Charlotte area, she said she spent entire days driving to and from infusions.

“Every two weeks, it was two hours to Duke,” McCloskey said. “I’m at the infusion center no less than six hours, so it’s a long day. It’s not like just plop it on in and kick you out.”

Now, McCloskey said she is 15 minutes away from Palmetto Infusion’s Concord center.  “To have Palmetto now having, opening a new site, it’s like, I’m so grateful because my day is, you know, less by three hours at least,” McCloskey added.

In 2020, Palmetto Infusion shared that you can now tour their new Asheville, NC and Greensboro, NC clinics virtually.

“All of our [then] twenty-two clinics are built for comfort, and for ease. Our presence is intentional, choosing home bases for a reason—to meet patients where they are, saving countless-mile journeys to receive treatments at specialists’ offices or hospitals. And within our four walls, patients find solace in the form of warm blankets, conveniences of home, friendly faces, and knowledgeable minds to guide the process.”